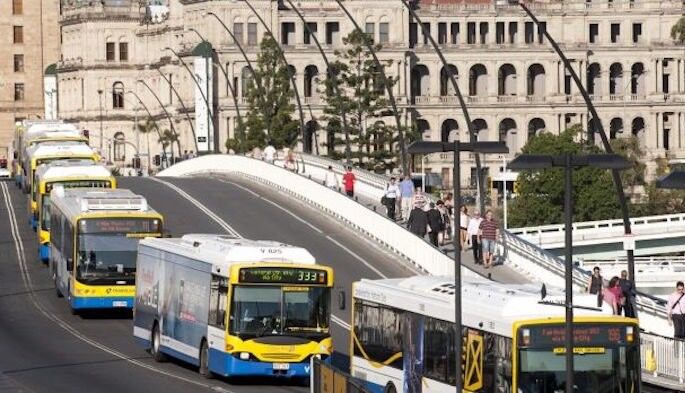 Criticism of the performance of public transport has been in the media, with headlines like: “Brisbane buses late 16 per cent of time”.

This is as a result of the Queensland Government restarting the publication of performance report called TransLink Tracker, with the second quarter of 2015/16 being published this month.

Public transport performance is a key metric to monitor as reliability is a key attractor of patronage (customers value reliability very highly) and it is a key means of ensuring quality of service and value for money.

Managing and reporting the performance of bus operators is important. The mantra “what gets measured gets done” is very true.

A key performance measure for bus services is on-time performance or on-time running (OTR). This is a measure of actual service performance against a timetable, using specific ‘stops’ on each route, referred to as timing points.

So when your bus waits at a key stop for a couple of minutes it means the driver is waiting for the prescribed time before leaving.

Current on-time running metrics all hinge on the timetable. Incentives (negative) are built into the bus contracts, providing penalties for non-compliance.

With high frequency services, say 5 to 10 minute intervals, then on-time running has less meaning, as there is no need for a timetable. What is important in thesis cases is the provision of the required number of services.

In Brisbane the timetable is authorised by the State Government transit agency, TransLink.

In some cities the operator develops the timetable, for approval by transit agency, and this can lead to the operator building in a buffer in the timetable to offset the potential penalty risk, which ends up costing government and the taxpayer more to provide these services.

Performance based on timetables has limitations, based on how timetables are designed and used. Most timetables are ‘fixed’ for weekdays all year – providing ease of understanding by users and based on providing the best estimate of time for a bus to travel between stops and dwell at stops to allow for loading and unloading.

But, it means that no account is taken for variation in demand from day to day, or background traffic flows and congestion which the buses are caught up in.

There are seasonal variations, with variations throughout the year and holiday periods. Then there are roadworks and traffic incidents which can cause gridlock in peak periods. There are considerable variations between regions, so we should note be setting the same targets for Brisbane City as the Gold Coast or Sunshine Coast.

Measuring OTR against the timetable then, logically, is unreasonable, as most of the factors affecting the variation in travel time by a bus is outside the control of the operator.

We have the opportunity to be much more sophisticated in understanding customer needs, providing services and information to customers, enabling bus operators to deliver the desired level of service and monitoring the performance of the bus operators. Sophisticated data hosting and analysis systems like netBI make this possible.

This means we can develop much better timetables based on real data.
Why don’t we consider seasonal timetables?

With most bus passengers having access to apps on their smartphones or simple next-bus displays at key stops, and real-time information on services readily available, do we really need the ‘fixed’ timetable any more?

We could measure bus performance based on a narrow margin above ‘normal’ traffic, that is determine the 85th percentile of traffic for each hour of each day and the base on which to measure bus OTR.

What I really get upset about is media articles like the Brisbane Times “Brisbane buses late 16 per cent of time” (1 March 2016) or Gympie Times article headlined “Public transport still a sham across Brisbane” (3 March 2016).

How do you think we should measure on-time performance of bus services?